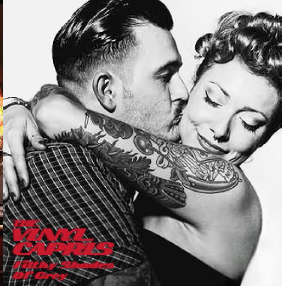 We are pleased to welcome back the Vinyl Capris at LAF 2017– the VC’s are a four-piece band influenced by Motown Soul, “most things mod and some good ol’ jingly indie!”  The band’s sets are light-hearted and chatty and a balance of their own songs – often likened to include Madness, Squeeze, Style Council and the Blockheads and covers from bands like The Beatles, The Jam, Martha Reeves, Kirsty McColl and The Kinks.  You can catch the VC’s at The Stand Up Inn at 5.30pm on Saturday 9 September.