If you’re looking for an evening of entertainment, cheeky fun, and laughter at this year’s Lindfield Arts Festival, then why not pop along to our new Stand-Up Comedy Night on Friday 8th September 2017? 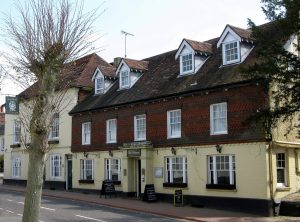 Held at the Bent Arms Public House in the High Street from 8pm the evening will be compered by Komedia regular Rob Dumbrell, who is bringing along some well-known, tried-and-tested names from the comedy circuit: two great acts and strong finisher (just who might they be…?).

Several up-and-coming comedians are already booked to do their routines on the night but this year Lindfield Arts Festival is giving a couple of you the chance to perform your very own 5-minute stand-up comedy set – if you think you’re good enough (or hard enough).

If you want to book your place in comedy history, or simply want to come along and have a good old belly laugh with the rest of the audience, email organiser Alex Jones on alex.jones@lindfieldartsfestival.com.

The Lindfield Arts Festival 2017: bringing Arts in all its forms to Lindfield.