Please select the date in which you want to see events for. Either 8th, 9th, or 10th September

Rusty Mondays @ The Stand Up Inn 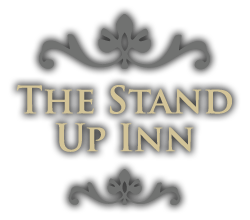 Rusty Mondays are a bunch of Lindfield based old rockers and fathers of local kids (including Lindfield Primary Academy).  They are clearly going through a mid life crisis and have formed a punk/alt rock 4 piece band, with Barry on Bass, David on Drums, Lloyd on Lead and Jason on Vocals.  There has been talk of Jason changing his name to Vic if they make it big!

This is their first (and quite possibly last) gig together.  So it could well be a once in a lifetime opportunity for people to see them in action, alongside daughter Mae making a guest appearance on backing vocals.  You can help oil Rusty Mondays at 7.30pm on Friday 8th September at the Stand Up Inn in the High Street.